When people talk about imagination they are usually thinking of it only in its inventive aspect and often confuse it with mere fantasy which has no vital link with the realities of the outside world. A fuller understanding of imagination recognises that it has two aspects – the capacity for invention (poetic or otherwise), yes, but also an ethical or sympathetic aspect – the ability to identify with feelings and experience other than one’s own. When those two aspects come together in writing something profoundly moving and transformative can happen. The same is true of processes of social interaction, both in the intimacy of personal relations and in the wider public sphere, and in both contexts the active, transforming force is the power of compassion.

This theme is more fully explored in the book The Compassion Project, which I co-authored with my friend, Dr Julian Abel, and is officially published on June 25th by Aster, a subdivision of Octopus. It tells the story of how my home town Frome in Somerset developed a programme which revitalised the life of the community by integrating healthcare with social welfare in imaginative and practical ways. The project drew international attention by its success in dealing with the growing problems of loneliness and social isolation, and by consequently lowering the number of emergency admissions to hospital at a time when they were increasing elsewhere. Compassion was the foundational value of that project and the book goes on to consider the implications of its success for wider aspects of our public life in areas such as education, employment practice and politics, both local and national.

What has happened in Frome provides a working model for what can happen more widely as a result of energetic autonomous grassroots activity. At a time when there is general disillusion with conventional political activity, and when the ravages of the coronavirus have both laid bare the frailties of the current social system once it is placed under stress, and revealed the deep capacity for compassion in the lives of ordinary people, I hope this book will prove helpful to individuals and groups who are working towards a restructuring of our community life on more humane and genuinely democratic lines.

The Compassion Project is not the sort of book I usually write, but its values are entirely consistent with those that have underpinned my work in fiction and education, and I feel proud to have been of assistance to Julian Abel in bringing attention to what has already been achieved by the remarkable community of people in Frome, and to what could be achieved more widely by many others who employ kindred values in their own efforts to create a more hopeful future for a better world. 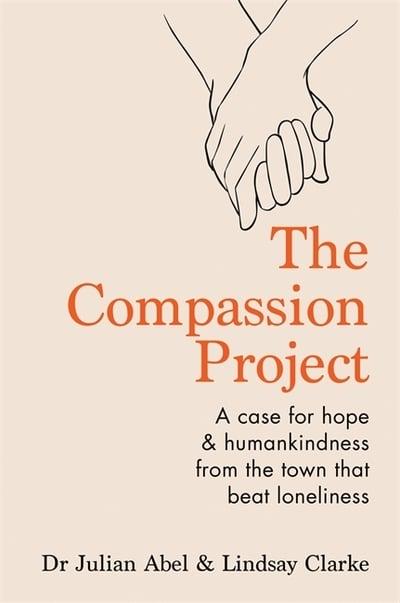 Order The Compassion Project on Amazon